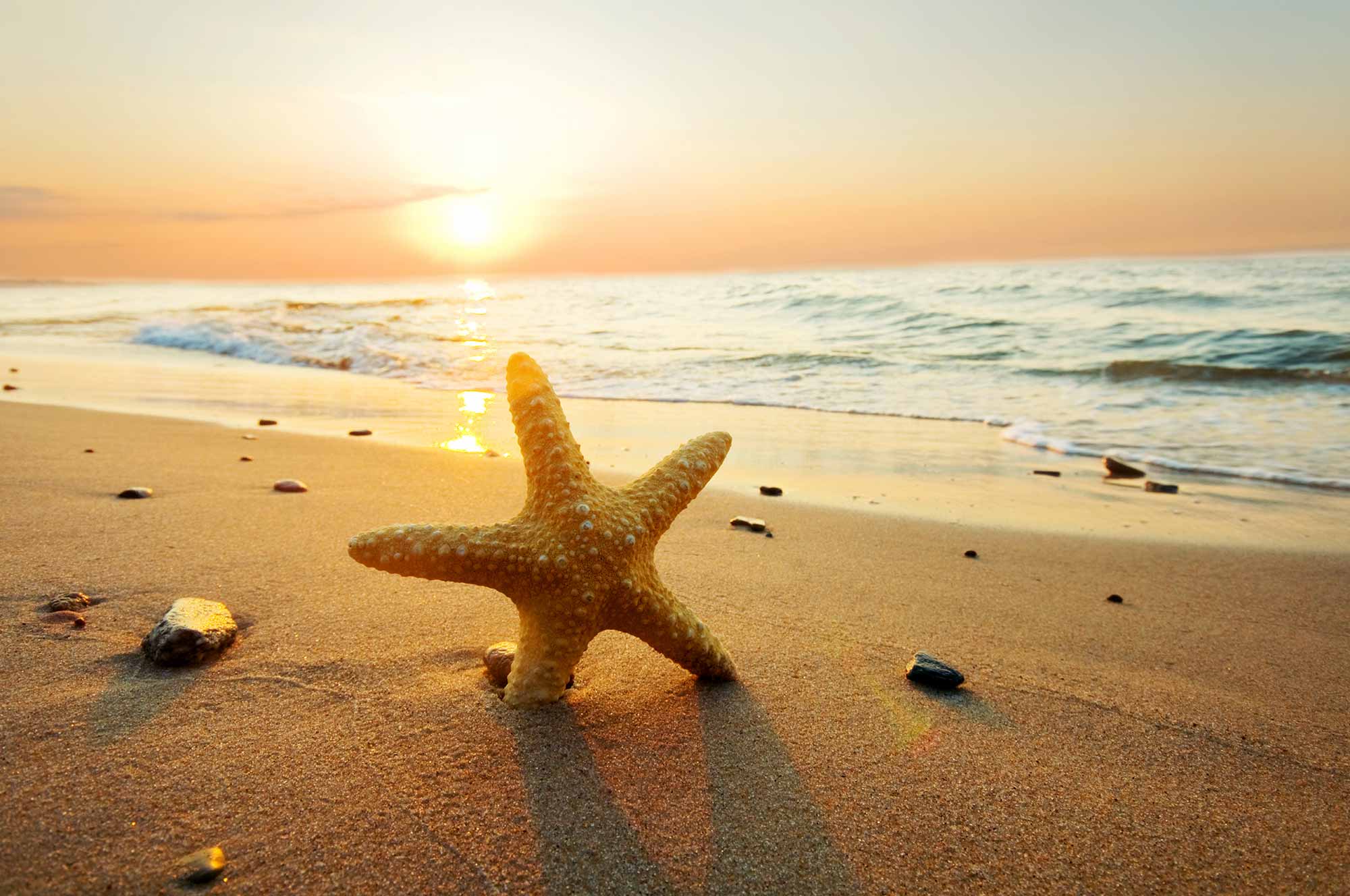 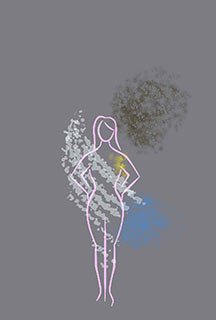 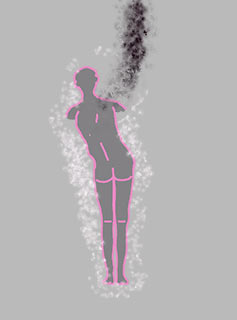 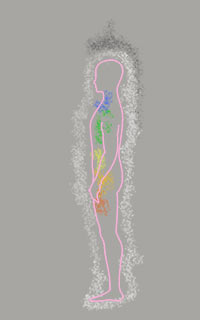 Example 1: painful feet   Back to top

Herman has very painful feet..
There is no real reason for it and the pain occurs in intervals. The last period of pain already lasts for two weeks now and he has trouble walking.
Doctors can't really find a cause and except for some painkillers Herman isn't helped..
I ask Herman to lie down and I start to check his aura (energy field).
I do that by putting my hands underneath his head while sending energy through his body..
With a healthy person that energy flows nicely through the whole body till the feet where it will leave the body.
In Hermans case the energy stops at his knees. Beneath that everything is blocked and there is absolutely no flow of energy. It looks like there is a thick pap of black blubber in his lower legs and feet.
I put myself at his feet and I start to liberate the blocked energy. I need about 15 minutes for that. Afterwards I put myself at his head again and I can feel the energy flowing much better now.. Afterwards Herman will never have problems with his feet again..

When energy doesn't flow properly or at all in some area of the human body, a problem will occur after some time.
Herman already felt before there was something going on although doctors couldn't find anything since there was no physical effect yet..
Without any action it defenitely wouldn't have taken long.
I also explain Herman that for the future he has to ground himself much better to prevent this kind of things in the future..

Maria has Inflamated eyes.
Her eyes have always been very sensitive but now they are almost completely blocked and filled with pus.
She got medicins from the doctor but dues to many allergic reactions to lots of ingredients it becomes more and more difficult to suppress the inflamations. On top of that she's shivering from fever.

Ik keep my hands right before her eyes and I start to feel.
When treating inflamations I mostly feel an intense heat and also this time I sense a stifling heat especially around her left eye. I vary the distance with my hands to determine on which aura layer the heat is located so I can better understand with which emotion the problem is linked.
While I do that I notice a blue glow at the right side of her body around the liver.
The blue color indicates the problem has to do with agression and communication.
I put my hands on the liver whil I start sending white energy till the blue colors starts to fade.
Afterwards I check her eyes again and I feel the heat has decreased.

After the treatment the burning feeling in Maria's eyes is gone and she's not cold anymore. She's very surprised.
I tell her that the returning problems with her eyes have to do with unexpressed feelings of anger and the lack of talking about what's going on inside of her.
The unexpressed anger burdens her liver and the bad liver energy makes her eyes sick.

Example 3: The hunger parasite   Back to top

Sandra visits me because she has extreme and uncontrolable desires to stuff herself with food.
She's taking heavy medication for a prolonged illness and those medicines cause acid reflux symptoms. Another side effect of her medicines is feelings of hunger which makes that the last two weeks she 'has' to eat all the time..
Medicines make the body heal itself by killing the virus or bacteria but they can be very tough on the body causing the energetical body to weaken or even destroy in other ares.

I put my hands on her plexus (the point where the acid reflux is concentrated and the feeling of hunger is located) and start giving energy.
I check the right distance to get into the right aura layer.
I notice that the area around her plexus is very cold. Areas who are sick mostly feel very warm and the treatment will make the heat disappear.
But with Sandra the area around her Solar Plexus remains even after a longer period of healing very cold. . When I invite her to feel the cold herself, she puts her hands and she confirms the freezing sensation.. After 20 minutes of healing without any noticable result, I start to have an idea of what is really going on.. I leave Sandra alone for a moment to go to another rooms where I can concentrate myself better..

I tune myself onto her energy and I rather quick i see a dark grey funnel of energy starting from her plexus. This parasital energy looks like he's sucking out her energy.
I send intense white energy to the funnel. It viually looks a little bit like keeping a burning sigaret close to a leech. The energys dissolves and disappears.

Energetical parasites feed on the energy of their victim but it's unusual for them to cause feelings of hunger. They are also very smart. In Sandra's case it was obvious to hide behind the side effects of the medicines to reduce the chances of being found.
When I go back to the room where Sandra is waiting, she notices a itching feeling around her belly button. We find a hypodermic tick. It often happens that when a energetical parasite is present that a physical mirror or evidence can be found on the body.

Since this event, I check every visitor for energetical parasites before I start a treatment. Healing has no use when the cause reamins. When I'm too close to someone, it does happen that I don't notice a negative entity. To avoid that, I always first observe at a distance.

Example 4: The Sleeping Problem   Back to top

After seperating with her friend, Simone doesn't sleep properly anymore.
Already for two months she doesn't manage to get any rest and with some luck she only sleeps 2 hours a night. She looks bad.
She's taking sleeping pills but even with these she hardly gets any decend sleep.

I check her out, I don't find any energetical parasites and physically she looks completely ok.. Except for the fact that she's tired, her energetical system looks perfect.
My first impression is that Simone has difficulties to accept the split with her friend, although she didn't had a relationship with him.
Still that hardly explains her sleeping problem.

Than she tells me that the friend she broke up with, has a sleeping problem already for more than 15 years...
Now things are getting clear to me and i ask her to call me the moment she's planning to go to bed.
That evening she does and i concentrate on her at a distance.
I clean everything around her and I make sure there is no bad energy surrounding her.
Simone falls a sleep within 10 minutes.

All week long she will send me an sms befre going to sleep and everytime I concentrate myself on her keeping her surroundings clean and free of bad energy..
She sleeps like a baby.
It's the negative energy connected to her friend visiting her at night.
One time I'm not able to check her out (she doesn't know) and in the morning she will call me up to tell me she didn't sleep at all...
I will continue the treatment for another week while creating a protective circle around her. Afterwards Simone's sleeping problem is over.. till today..

Example 5: Parkinson   Back to top

For many people the presence of parasitical energies will sound somewhat as science fiction.
But sometimes in daily life I see examples of their presence which are so striking that I can't help myself trying to do something about it.

Recently in the city I saw a young lady with a very badly bended to the left spinal cord because she unconsciously she wanted to avoid a energetical parasite hanging above her to the right side. I could clearly see him..
Another time an American couple stept on my train. The woman had a severe case of Parkinson (or a serious essentail tremor). She was shaking and trembling over her whole body..
Given her young age of let's say 45 it was very poignant te see her like that.. Fortunately her husband was very kind and helpfull but is still remained extremely sad.

They sat down diagonally opposite of me and because I really felt sorry for her, I immediately started to send energy to her..
Parkinson is mostly caused by a bad cosmic connection.
The human aura is fed by a connection towards the heaven (starting rom the head) and one towards the earth.
The upper connection of people with Parkinson is so bad that the energy supply becomes insufficient. It can be compared to a lamp who starts flickering because of a bad contact in the electric wire... on.. off.. on.. off.. shaky.. shaky...
On his turn this bad cosmos connection is often caused by a energetical parasite which nested close to that connection absorbing almost all that energy or just blocking it.

I just started sending energy when the woman became very agitated, stood up and came to sit down right behind me..
I don't really feel comfortable with a parasite behind me so I also change to the seat in front of me and continue to send white light to her.
During the whole trip I continue to send her the energy she lacks, slowly breaking the connection of the negative entity with her, trying to clear her upper connection as much as time allows.. By the time I have to leave the train the shaking became a lot less and the woman became much more relaxed...

Example 6: Dementia   Back to top 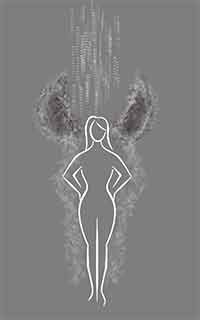 Sometimes people ask me if dementia can be cured since often some of their relatives have the problem.
Unfortunately dementia is not a disease and therefore a cure is not really an option.
Let me explain why.
When I concentrated me for the first time on a person with dementia I noticed something remarkable. People in an evolved state of dementia show an energy field opening at the top like a flower through which a beam of white light leaves the body direction of the sky..
In the end dementing people are already making the step towards another life.. (or heaven if you prefer that one). Their life energy is detaching from the physical body and the aura or energy field of the person is breaking open to allow the life energy to leave the body and the surrounding energy field.
It's easier to understand when you watch the drawing.
On top the cocoon of the energetic body breaks open and a beam of light leaves the body. If we look a the drawing it immediately reminds us of a shape we all know... the image of an angel.. and that is not a coincidence...
The only thing we can do in case of dementia is to give them a reason to stay longer and to really return in this life.
In lots of homes dementing people are stimulated by letting them participate in activities and exercises to activate their memories.
In fact we try to make them remember what would be still a good reason to stay around.. although we must never forget that it is their decision and only theirs..
Dementia is letting go of life and although it can be very painful for those who witness it and stay behind we should primarily respect it rather than stop it.